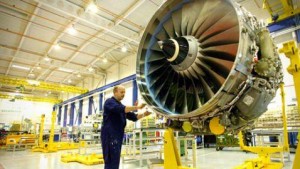 The Governor of Alabama, Robert Bentley, was in Hamburg, Germany on Wednesday to talk to leaders of the aerospace industry as the Aviation Forum 2012, according to WTVY. The goal of Bentley’s visit to Hamburg was to recruit more jobs in the aerospace sector for Alabama. The governor will be in Hamburg with other state and local leaders for the remainder of the week to discuss advantages of bringing those jobs to Alabama.

“With Airbus building its first U.S.-based production facility in Mobile, the entire state is poised for growth,” Governor Bentley said. “Suppliers can benefit from the same positive business climate that helped us attract Airbus. We’re ready to work with companies and partner with them to bring even more jobs to Alabama.”

In the Mobile production facility, Airbus has a goal of creating close to 1,000 jobs. Public officials are hoping that over the years, suppliers would bring more jobs to communities across Alabama to support Airbus’ facility. Greg Canfield, the Alabama Department of Commerce Secretary, went to Hamburg with Governor Bentley and he said the following:

“By making this trip, we want to make sure aerospace suppliers are aware of what is available in Alabama and how we can help them expand their businesses here,” Secretary Canfield said. “The fact that Airbus is bringing 1,000 new jobs to Alabama is a major achievement. But when you also consider that one assembly line job with Airbus could span as many as three to four additional jobs when related industry comes to support the company’s needs, that means Alabama will be part of a major aerospace sector.”

Canfield and Bentley have talked with those in attendance at the Aviation Forum 2012 about the benefits of bringing the jobs to Alabama. They said that some of the benefits include training programs and workforce development that would help businesses succeed from the day they being operations.

There are over 300 companies in Alabama related to aerospace, with the majority of them located in the northern portion of the state. Bentley said that the Airbus project in Mobile will help the state gain added development projects in other areas of the state in the aerospace sector.

“This year’s Airbus announcement is, in many ways, similar to the announcement that Mercedes was coming to Alabama back in the 1990s,” Governor Bentley said. “Since then, not only has Mercedes opened, expanded and hired additional people, so have other automotive companies and suppliers. In fact, thousands of people work for automotive suppliers across the state.”

“With Airbus jetliner production coming to Alabama, there is tremendous potential for similar growth in the aerospace industry,” Governor Bentley added. “By meeting with suppliers at the Aviation Forum, we’re able to build on our progress and attract even more jobs to Alabama.”

Kellogg To Fire 7 Percent
Let’s Get Social
Feel like getting in touch or staying up to date with our latest news and updates?
Related Posts
Latest In Work Relationships