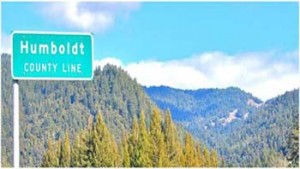 The director of the Humboldt Economic Index (HEI), Dr. Erick Eschker, said that Humboldt County is close to returning to the employment level prior to the recession, according to the Two Rivers Tribune.

Eschker is also a professor at Humboldt State University in California. Eschker spoke about the county’s employment at the Ingomar Club in Eureka at the end of January. The event was an update on the economy and meeting, which featured business leaders from throughout the county.

Eschker said that “The non-seasonally adjusted unemployment rate in December 2013 was 7.5 percent, which is down considerably from 9.6 percent in December 2012. The labor market is improving for workers.”

The HEI began in 1996 as a collaborative research project to track the economic data for housing, retail sales, employment, electricity, hotels and lumber manufacturing sectors in Humboldt County.

Right now, the composite index of all economic sectors sits at 99.2 percent of the base values from 1994, according to the HEI. In this data, a 50 percent rise in retail sales occurred to go along with a loss of some two-thirds of the lumber manufacturing industry for the past 20 years. The drop in lumber comes in at 33.2 percent.

“Lumber-based manufacturing is in decline. It’s under 50 percent of employment in the County now. Next month we’re going to begin a regular survey of niche manufacturing,” Eschker said.

In Humboldt County, niche manufacturing is increasing and it will become the sixth sector tracked by the HEI.

According to Eschker, housing sales have increased during the past 2.5 years and prices for housing have bottomed out.

“There are signs housing prices are bouncing back, rental prices are finally constant, and foreclosures are falling but still high. Help wanted advertising has also risen over the year.”

The president and Chief Executive Officer of Redwood Capital Bank, John Dalby, said that the bank experienced record earnings for the year that ended in December of 2013. The bank earned $1,869,000. It is the only company in the county that is publically traded.

The chief lending officer for the bank, Jennifer Budwig, also answered questions at the event about the effects of the marijuana industry on the economy.

“There is such a large trickle-down effect on our economy. Growers support a lot of jobs in our County,” Budwig said.

About the issue of marijuana legalization, Eschker said, “I can tell you a scenario where this industry remains here, and I can also tell you a story where people say ‘we’re just going to go down to L.A. because that’s where we’re selling stuff anyway.’ That’s a major question mark that could have dire consequences for here.”

Three Families Own Most of the World
Let’s Get Social
Feel like getting in touch or staying up to date with our latest news and updates?
Related Posts
Latest In Work Relationships