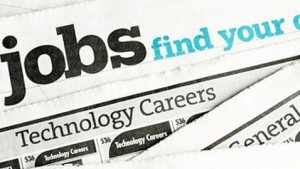 In the month of September, employers in Maryland added 9,800 jobs, with the majority of the gains coming in the private sector, according to the U.S. Department of Labor. The agency also said that the unemployment rate in Maryland dropped from 7.1 percent in August to 6.9 percent in September. The early estimates from the Labor Department show that the increase in jobs came at a second consecutive month after five months of job losses.

On Friday, the Labor Department announced that 41 states and Washington, D.C., witnessed improvements in unemployment rates for the month of September. The report released on Friday was the final state-by-state report to be released prior to the election.

In the six states where President Barack Obama and Republican Mitt Romney are focusing their campaigns, the jobless rates dropped. Those states include Ohio, Colorado, Wisconsin, Nevada, Florida and Iowa. The two remaining battleground states, Virginia and New Hampshire, did not see any changes with their unemployment rates.

Almost all of the major sectors in Maryland added jobs for the month of September. There was one sector that experienced a decrease in jobs: the financial activities sector, which lost 300 jobs. The department also announced on Friday that employers in Maryland actually added 2,600 jobs instead of the original estimate of 1,400 for the month.

The Director of Economic Research for the University of Baltimore’s Jacob France Institute, Richard Clinch, said that he is not counting on the numbers from September. Clinch is worried that because the numbers are so large that they could be overstated. He did offer hope when comparing the large numbers with an increased revision of jobs from August.

“I think the worst is over in Europe, there’s a lot of pent-up demand in America, housing appears to have bottomed out, so there are signs that we are going to have a national recovery,” Clinch said. “Maryland’s economic growth is more or less entirely dependent on how the national recovery goes.”

Of the jobs gained by Maryland in September, the industry of professional and business service picked up the largest amount of jobs with 4,100 added last month. Maryland also saw job increases in the industries of trade, transportation and utilities (2,000 jobs), and the education and healthcare industry (1,600 jobs).

Maryland’s governor, Martin O’Malley, said that the job numbers for September was the “single greatest month of job creation in 29 months. Our private sector continues to create jobs, and as the hub of growing innovation sectors like cyber security, information technology and aerospace, we continue to prove that we are on the cutting edge of the next wave of job creation,” O’Malley said in a statement.

October Jobs Report Still Planned for Friday Release
Let’s Get Social
Feel like getting in touch or staying up to date with our latest news and updates?
Related Posts
Latest In Work Relationships