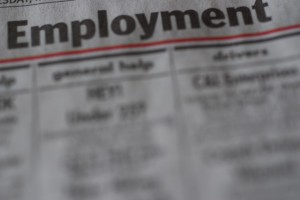 Since November, there have been 200,000 or more jobs added each month. Another promising note from the report is that the unemployment rate is at its lowest in four years. Also on the rise are wages and job gains were broad-based. Jobs gained were led by the construction industry, which saw its largest hiring increase in six years.

The number of unemployed persons dropped by 300,000 people, sitting just over 12 million, which is the lowest amount since December of 2008. Half of the decrease occurred because 170,000 unemployed founds jobs. The other 130,000 stopped looking for jobs, which means they are no longer counted as unemployed.

Hiring is happening because of strong auto sales and the steady recovery of the housing industry. In February, the construction industry added close to 48,000 jobs and has added over 151,000 since the month of September. Since November, manufacturing has added 39,000 jobs, with 14,000 being added in February.

In a good sign for improved consumer spending, retail companies added 24,000 jobs in the month of February. The education and health services industry also added 24,000 employees. There were 20,000 jobs added in the information industry. This industry includes telecommunications, publishing, and film. Most of the jobs were added in the film industry.

“This may not yet be the substantial improvement in the labor market outlook that the Fed is looking for, but it’s moving in the right direction,” Paul Ashworth, an economist at Capital Economics, said in a note to clients.

All of these jobs were added despite some negative things happening in the country. There have been rising gas prices across the country and an increase in Social Security taxes, which took effect on January 1, but those two factors have not prevented Americans to cut spending.

The government spending cuts that began on March 1 also did not affect the hiring in February, especially since employers knew these cuts were on the horizon. They were not an overnight decision or announcement. In the coming weeks, these cuts will more than likely cause job cuts and furloughs. Hourly wages across the country rose by four cents in February to $23.82 per hour.

Additional 5,000 Jobs to be Cut by Hewlett-Packard

False Information on Resumes a Common Occurrence
Let’s Get Social
Feel like getting in touch or staying up to date with our latest news and updates?
Related Posts
Latest In Work Relationships
BCG FEATURED JOB