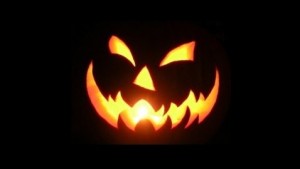 Not only was September a disappointment with the number of added jobs readjusted from 166,000 to 145,000, far short of the predicted 180,000 jobs, but October continues the trend, with payrolls up a mere 130,000, instead of the anticipated 150,000. What this means is the job market is not as bright as hoped for job seekers, but, on the other hand, it isn’t full out bleak as night: we are still inching in the correct direction.

What we are seeing, most of all, is growth in the services, which added 107,000 of the new positions we’ve seen. As far as the tepid results, the question is: why?

Part of it is this fiasco we endured with the government shutdown.

“The reading was light with blame likely falling at the door of Washington politicking,” said Andrew Wilkinson, chief economic strategist at Miller Tabak. “The government shutdown amidst budget negotiations prompted companies to await the outcome before making commitments to new workers.”

If this assessment is correct, we have reason to hope, though we should hold our reservations, that the market should pick up in November and December, but again get a bit antsy in January when Congress must again prove if they can get along on deciding our budget policy. Job seekers remain steadfast as always.

Arizona Mine Could Cut 400 Jobs
Let’s Get Social
Feel like getting in touch or staying up to date with our latest news and updates?
Related Posts
Latest In Work Relationships