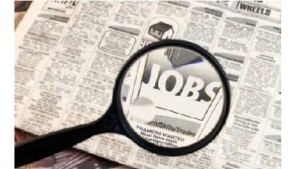 Good news is what we need on the economy, which isn’t exactly exploding, more like plodding, towards growth. We do get a bit of sunshine amidst October rain: the initial applications for unemployment benefits have dropped for the third week in a row, arriving at 340,000 for Oct. 26, 10,000 less than the previous week. This is a harbinger of hires.

The data was a bit sketchy with the government furloughs for 16 days and the California’s backlogs inflating the average. But once the smoke has been cleared it’s certain that businesses are laying fewer people off. They have recovered from their anxiety over the government shutdown scare, and are willing to brave it a bit for the remaining of 2013.

Nevertheless, as the jobs added in October were only at 130,000, short of the anticipated 145,000, predictions for next month are a bit more realistic and none too grandiose. We are expecting as few as 100,000 jobs to be added.

Job seekers have no call to despair, though, because it is still heading in the right direction, with the Federal Reserve saying it might tone done their stimulus of the economy as early as December. They would not do so unless they had good reason for hope.

JPMorgan Agrees to History’s Greatest Settlement: A Boon to Detroit
Let’s Get Social
Feel like getting in touch or staying up to date with our latest news and updates?
Related Posts
Latest In Work Relationships
BCG FEATURED JOB