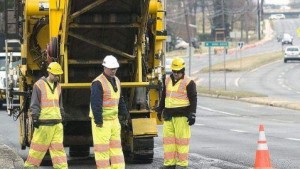 The Current Employment Statistics, which is compiled using a survey of employers in New Hampshire, was also released. The data from this survey shows that the total estimate for jobs in the private sector comes in at 537,400. From the beginning of September, this is a loss of 500 jobs but is still 1,000 jobs higher than one year ago.

There are 19,900 employees in the industry of colleges, universities and professional schools, which is a 1,200 employee jump from September and a 300 employee increase from the previous year.

For October, health care and social services gained 300 jobs for the month but lost 800 over the past year to come in at 84,300 employees. The industry of leisure and hospitality lost 2,900 jobs from September to October, leaving 65,100 employees in the industry. That number is 900 more than the same time in 2011.

North Adams Regional Hospital Closing; Hundreds of Jobs Lost
Let’s Get Social
Feel like getting in touch or staying up to date with our latest news and updates?
Related Posts
Latest In Work Relationships
BCG FEATURED JOB