Home  » Will Your Decisions Give You a Happy Ending? 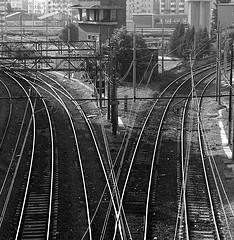 Remember this year’s other notorious governor before Rod Blagojevich’s arrest last week? Former New York governor Elliot Spitzer (he stepped down last May after an investigation revealed illegal involvement with a prostitution ring) is back in the news again, and this time he’s talking about his new job. Since his fall from grace, he has been contributing to Slate magazine, an online source of news, opinion, and commentary.
Read his column on the auto bailout.
Last night at Slate’s holiday party, held at the “Happy Ending” club in NYC’s Chinatown, Spitzer responded to the question of how he liked his new gig as a writer.”It sucks, ” he said. “I used to be governor of New York.”
In light of that, here are three things we can learn from Mr. Spitzer:
1.) When you are at your office holiday party mingling with people who are likely to be journalists, be very careful about badmouthing your new job. We’ve all had to face questions like “Hey, how’s work? How do you like your new job?” Honesty’s usually a good thing, but sometimes it can land right where you’ve been trying to stay out of–the papers.
2.) Realize that as much as we may try to separate work and our private lives, our professional and personal decisions affect one another. Mr. Spitzer made a poor personal decision, and it affected his professional life. Our professional decisions, like taking a job in another state or working longer hours, certainly affect us personally.
3.) Dress for success. Regardless of his behavior or reputation, the former governor
has yet to “address the slovenly dress code of his peers” and, according to one eavesdropper, he said he might have been “the only one wearing a suit” at the Slate party.
EmploymentCrossing gives you the tools to make the right decisions about your career. With over 100 specific job sites such as ChefCrossing and TravelingCrossing, you’ll be able to go right to your niche and find jobs in your field and location. Click here for the free trial.
Will Your Decisions Give You a Happy Ending? by PRGUY222
Tags: choices, good decisions, honesty, liking your job, personal life, professional life, scandal
Tweet Like Plus Pin It Share

U.S. Economy Has a Good Second Quarter
Let’s Get Social
Feel like getting in touch or staying up to date with our latest news and updates?
Related Posts
Latest In Work Relationships
BCG FEATURED JOB